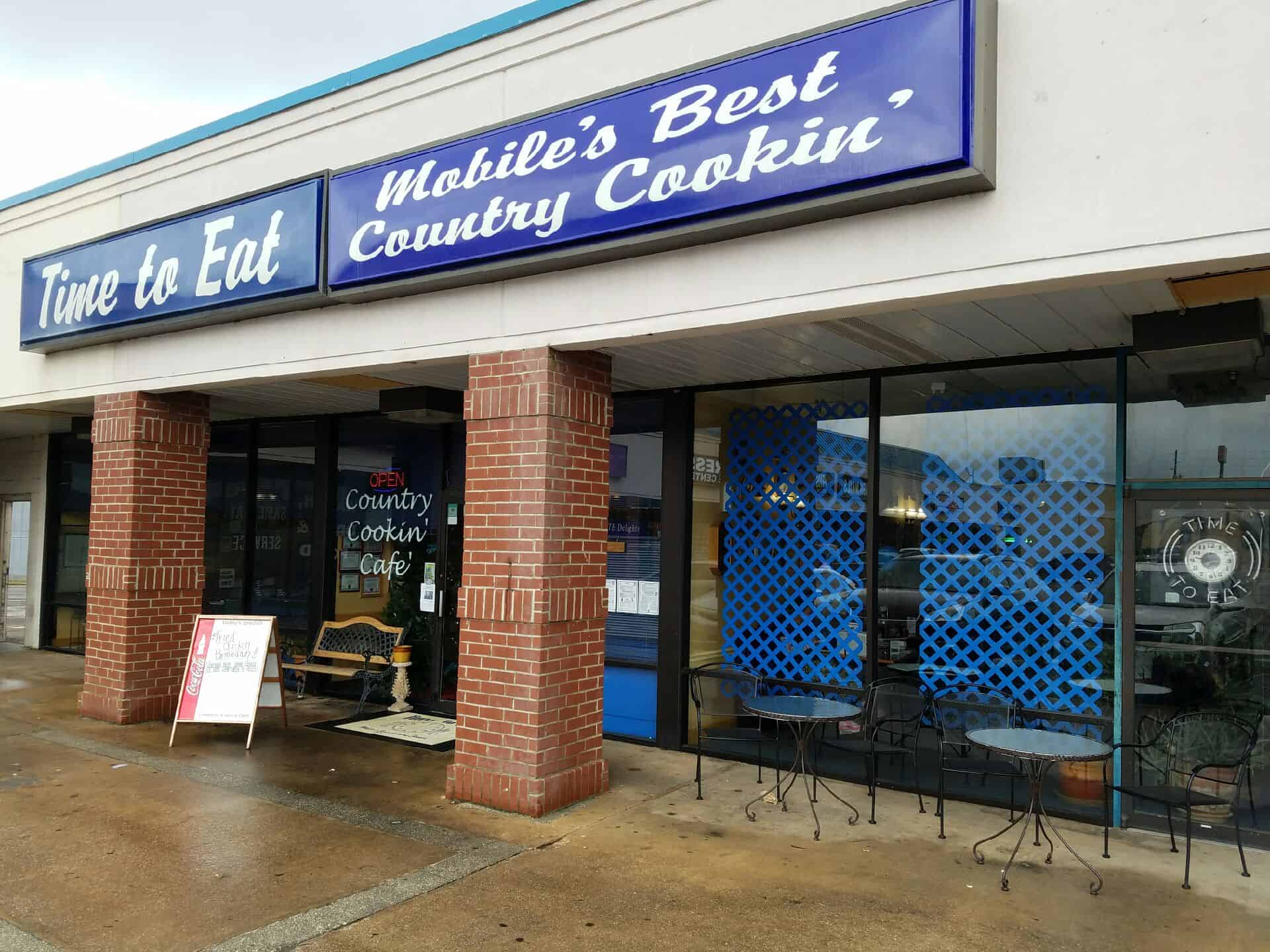 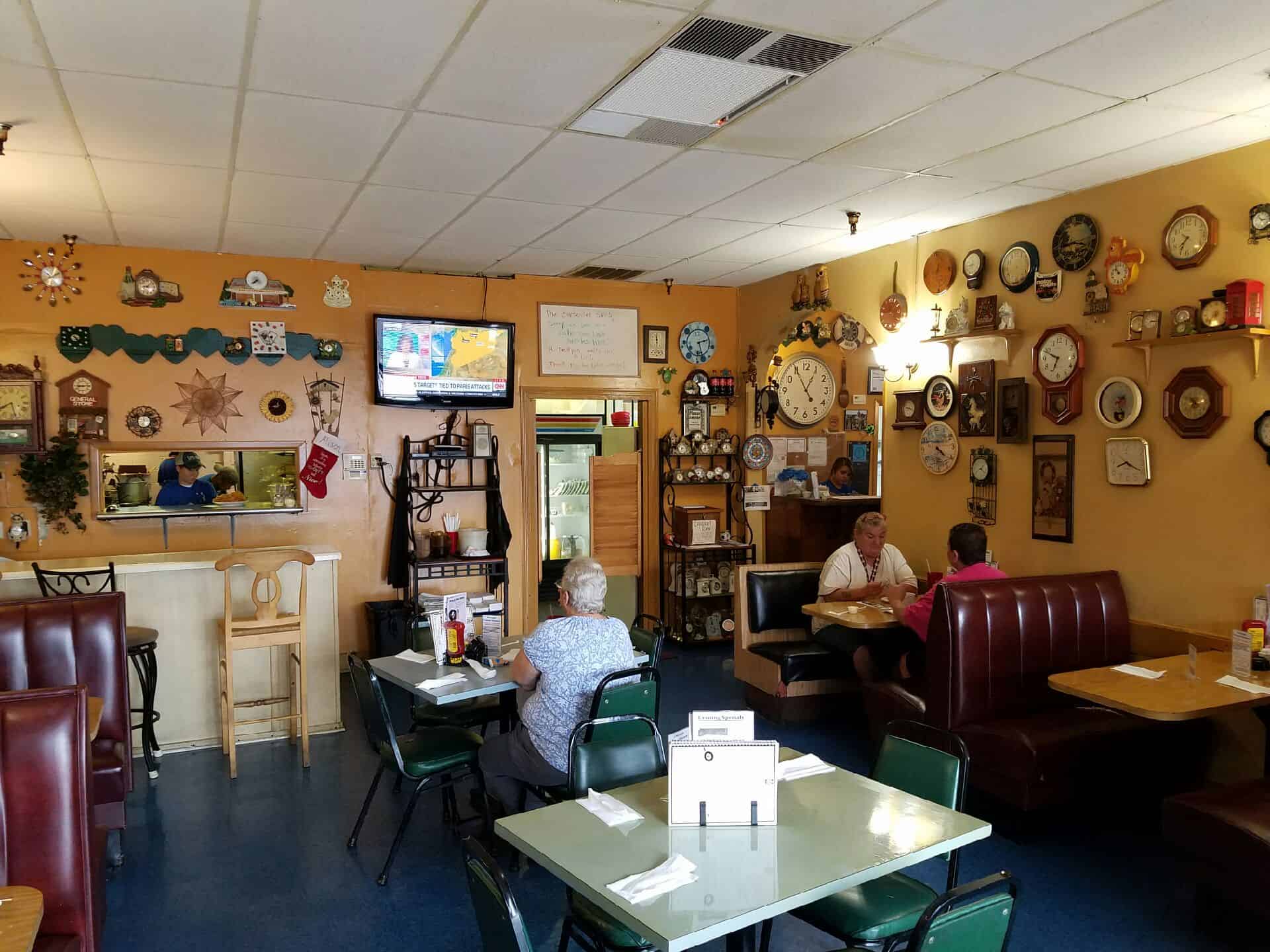 How we got started

July 1969 – Ken, who was five years old, his mom Ms Dale, and her two other kids (Tina and Kevin) moved from Rhode Island to Mobile, AL due to dad’s employment at Ingall’s in Pascagoula, MS (yes, we’re Yankees). Shortly afterward, MS Dale has another kid (David) bringing her gaggle to four.

1971 – Ms. Dale, now a single mom with four young kids, gets a job as a waitress at Pitt Grill in Tillman’s Corner (where Godfather’s Pizza is now). She is hired, interestingly, by Rod Mayo. Ken busily begins the second grade at WC Griggs Elementary.

Mid-1970’s – Ms. Dale continues her waitressing career since it proves quite sufficient to support four kids. She also meets Jerry Richardson. Alfredo is born in Mexico sometime in the mid-seventies, but he won’t tell anyone exactly which year. Ken attends Sydney Phillips Middle School while holding down 3 full time jobs.

1980 – Ken gets his first restaurant job, working with his mom for Rod Mayo at “Mayo’s Diner” at the Hiway Host motel on Highway 90 near Demetropolis Road (the entire hotel was tore down around 2004).

1982 – Ken graduates from Murphy High School and hi-tails it to Dallas, TX, becomes a bit of a hippy and goes to work for T.G.I. Friday’s.

1995 – Ken graduates college and works for several high-tech companies in Dallas. Ms. Dale winds her way to the restaurant at the TA truck stop in Grand Bay.

Fall of 2000 – Ken and Alfredo take a trip from Dallas to Mobile and start kicking around the idea of using Ken’s and Ms. Dale’s considerable restaurant experience for their own good. Also, Ken figures it’s time for his mom to have a place of her own to run, given that she has worked about 30 years for others. Ms. Dale scouts for a location, and finds Ronaldo’s and notices that they will be moving soon, leaving this spot vacant. Ms. Dale takes a trip to Dallas so we can plan more for the restaurant. In one conversation, we come up with the name “Let’s Eat”. But, we found out that name was not available in the state of Alabama. So, as we were kicking around alternate names, Alfredo suggested “Time to Eat”. And we were pleased.

November 2000 – We sign the lease at 7351 Theodore-Dawes Rd. and remodeling begins. Ms. Dale and husband Jerry do all the work themselves: cleaning, painting, procuring equipment, designing menu, and on and on. It takes the two of them about four months to get the place ready. Ms. Dale and Jerry do all the work themselves in order to keep costs low. We have no rich folks in our family, so we have only our own hard work to rely on. Ken and Ms Dale put all the money they had into Time to Eat, along with a little help from sister Tina, and Grandma Theda.

March 2001 – Time to Eat opens it’s doors to business. At the time, we only had 10 tables, as our only dining room was what is now the smoking section. Since day 1, we’ve been fortunate enough to do pretty well. We credit that with our simple philosophy of serving generous portions of home cooked food at reasonable prices. Ms. Dale uses a few clocks to decorate the walls, and that theme really catches on so customers start bringing in clocks of their own to hang. Shortly thereafter, we realize that anytime is “Time to Eat”, so we start hanging all variety of clocks, even ones that don’t work.

Fall 2001 – Having already outgrown the 10 tables, we needed to expand. Coincidentally, the beauty shop next door was moving, so we rented that spot and expanded. (That area is now where you enter and where the cashier stand is). Clock count = 50.

Late 2001 – Mr. Jerry is diagnosed with cancer and becomes very ill, eventually passing away. Understandably, after some 25 years of marriage, Ms. Dale is simply unable to continue running the restaurant. And, since Ken is about to be laid of from his job as the technology bubble bursts, Ken and Alfredo decide to move to Mobile “for about 6 months” to either sell, or close the restaurant.

Spring 2002 – Ms. Dale takes a needed break and moves to Florida with her mom. Ken and Alfredo take over running the restaurant. With the restaurant still too young to be profitable, and with Ken no longer working his decent paying job, and with no collateral for loans, we are broke. So, Ken and Alfredo decide to let go all the staff except 2 waitresses and do all the work themselves. Toiling for 2 years at 16 hour days does the trick: cash flow improves, Time to Eat becomes profitable, sales grow, and more employees are added. Ken and Alfredo’s 6 month visit has turned into 2 years. Clock count = 100.

2005 – Time to Eat has outgrown its space again. And coincidentally, again, the next space over (a cash advance business) was closing, so we snatched that space, cut another hole in the wall, and expanded. (That space is now where the large dining room is). Clock count = 200.

2009 – Having been spoiled by years of constant growth, Time to Eat is hit pretty hard by the recession. We close the downtown location (ah, hindsight!) and shrink back down to 20 employees.

2010 – Thanks to our loyal customers, we survive and are growing once again! Clock count = 700

2013 – Now open for more than 10 years – wow! As our interior looks a bit dated, we undergo some improvements: new carpeting, new flooring, switched from curtains to blinds, new light fixtures, and a few tweaks to the menu – a nicely refreshed look! The only thing missing is Alfredo (who has been back home in Mexico to care for his mom). But, we carry one… and hope all of our great customers will too!